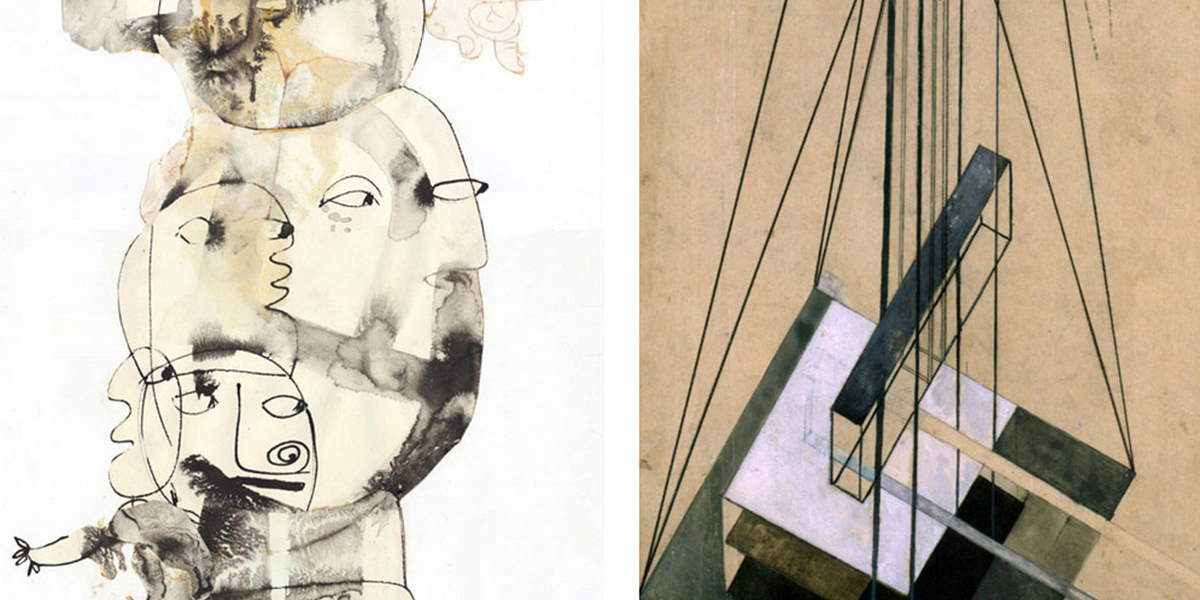 The De La Warr Pavilion presents Modern Times, a major exhibition in which creatively involved people are invited to trace a personal path through the art of the 20th and 21st centuries.

This exhibition is being selected by film-maker, painter and curator Lutz Becker. His exhibition will comprise drawings, prints and experimental films, and will explore the recurring tension between figuration and abstraction throughout the 20th century and the ways by which ideas and concepts evolve. Presented non-chronologically, it will encompass movements such as Russian Constructivism, Futurism and Vorticism, Abstract Expressionism and Minimalism, and comprise works by key artists, as well as works of artists who have been sidelined in the mainstream of art history. From Malevich and Lissitzky to Flavin and Judd, from Pollock to Michaux anticipates two major strands of drawing emerging – the geometric and the gestural. The exhibition will also include films by Hans Richter, Fernand Léger and Viking Eggeling.

Lutz Becker writes: It is the awareness of time as the measure of the distance between thought and realisation, of the value of the transient and sense of the fragility of the inspirational moment, that made me decide to show predominantly works on paper: drawing, no longer about the recording of appearances, but as a language reflecting its own becoming, often daring and experimental. The inclusion of film will extend the idea that mental and physical motion are key experiences common to artists and audience.

This show is in partnership with Kettle’s Yard, Cambridge and is showing there from 16 January – 14 March.