Iraq’s Past Speaks to the Present 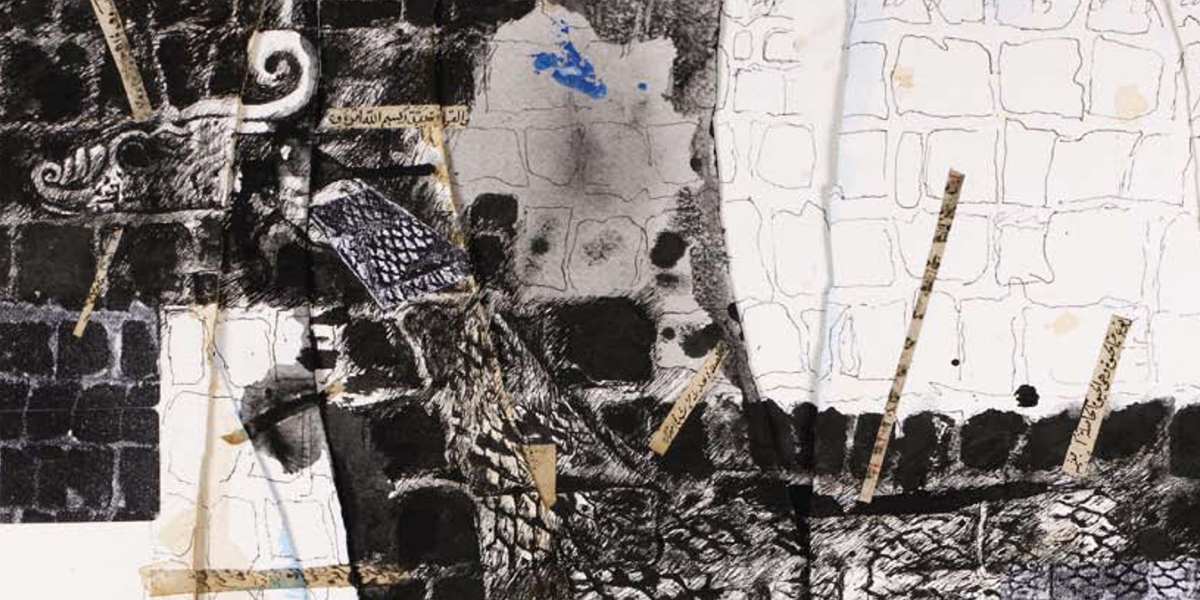 Iraq’s past speaks to the present is a small exhibition which comprises works by eleven contemporary artists from the Arab world, ten Iraqi and one Syrian. This display is designed to complement the Museum’s exhibition Babylon: Myth and Reality, which includes iconic objects from ancient Iraq, the region known to the Greeks as Mesopotamia.

Mesopotamia has been called ‘the cradle of civilisation’ as it was here that some of the earliest experiments in agriculture were made, the world’s first cities emerged, and the oldest writing was developed by the Sumerians in the form of cuneiform ‘wedge-shaped’ script. The surviving records of ancient Iraq include stories of epic proportion, such as the tales of Gilgamesh, perhaps a real king of Uruk (Warka) who, from around 2000 BC, was transformed through poetry and hymns into a mighty hero who confronted eternal human questions about life and death.

The rich archaeological and artistic remains from ancient Iraq form the inspiration for many artists; for example, a Babylonian mushhushshu dragon-snake is explored by Hanaa Mal-Allah, while Babylon’s ziggurat, the famous Tower of Babel, informs Walid Siti. Sumerian love poetry inspires Nasir Mounes, the horse motif (a central element of the imagery of ancient Iraq) is found in Satta Hashem’s drawings, while cuneiform is apparent in the work of Maysaloun Faraj and Firyal al-Adhamy. The Epic of Gilgamesh is a recurrent theme in the exhibition, and its influence can be seen in the works of Dia al-Azzawi, Faisel Laibi Sahi, Mustafa Ja’far and Suad al-Attar.

These artists explore ancient ideas and traditions to remind the viewer not only of their country’s great depth of history but also, as exemplified by the work of Issam Kourbaj, to lament the continued destruction of our shared heritage through war and neglect.