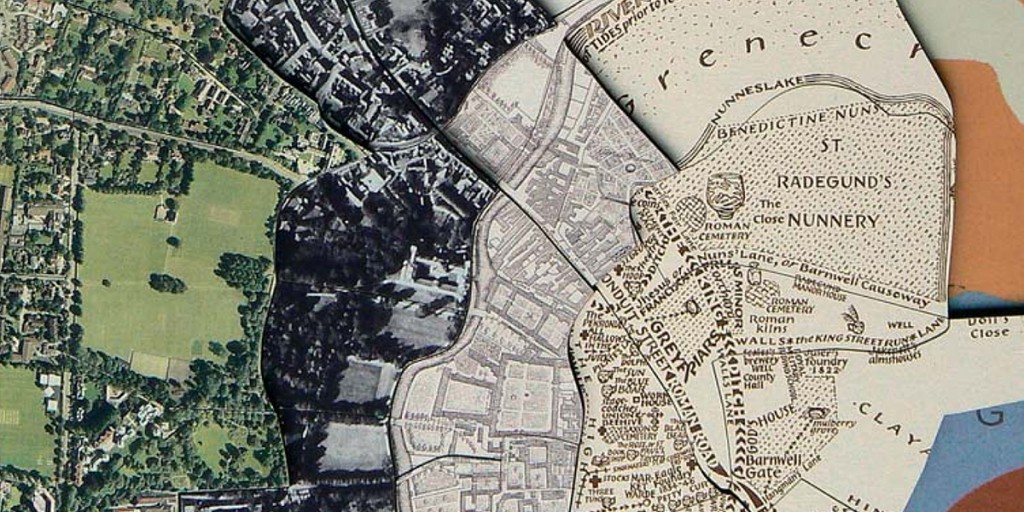 This puzzle invites you to look back in time, uncovering the layers of Cambridge and discovering why some places have changed whilst others remained the same.

Each layer tells a story: geology shaped where people first settled and built, and the map highlights the importance of the river to Cambridge past and present.

A Cambridge Palimpsest shows what has been lost and forgotten and conveys a sense of the town before the University was established in 1209.

Custance’s 1798 map illustrates a compact centre with its tight medieval streets, crowded alleys and yards, but also shows the growth of the University and Colleges. By the 1940s Cambridge had spread beyond its medieval core, the suburbs expanding into the farmland fields which for so long had surrounded it. And, finally today, a picture of a modern city, still with many green spaces and reminders of its past.