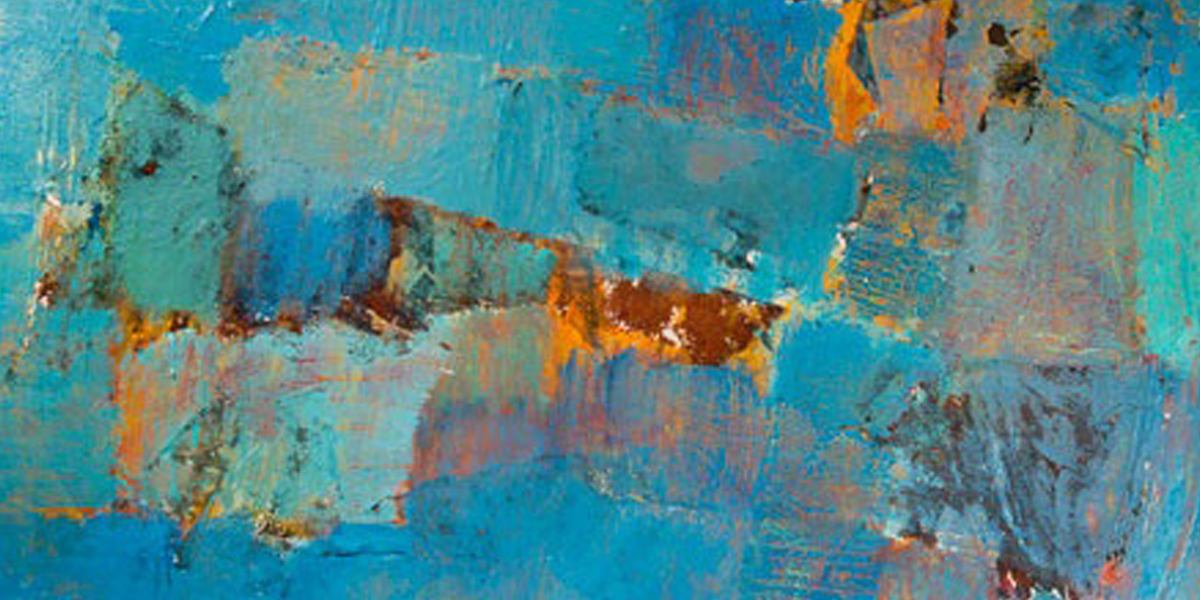 When I began to learn the Arabic alphabet, my almost illiterate mother helped me to learn how to write by holding my hand and making me draw the first letter of my name. This letter ‘ع’, which is pronounced as ‘Ain’ in Arabic, produces a sound exactly equivalent to the word Eye in my mother tongue. Through an almost mystical coincidence, this is also the case in English where the first letter of my name ‘I’ also echoes the sound of the word Eye. Since then I started to learn how to form my artist’s ‘eye’.

To make ends meet, while growing up in the Druze mountains in Syria, I became a boy-calligrapher. At first I assisted my older brother in his projects and later acquired my own ‘clients’. My first proud commission was the shop sign for a popular barber’s shop. And this is how the drawing and design of words, (the art of calligraphy) became my first means of survival and the beginning of my journey into mark-making.

I had no idea when I left Syria that I would one day use fragments of Arabic script in my artwork. Language features prominently in my work Sound Palimpsest, which welled up in reaction to the second invasion of Iraq. In Sound Palimpsest, a group of loose leaf sheets, I tried to capture the fragility of human beings and their bodies and souls against the brutal mindless war machine. I used haunting fragments of walls with children’s graffiti, found text and words from medical debris and X-ray plates, torn parts of books and broken pieces of song. In her introduction to this work for the exhibition Iraq’s Past Speaks to the Present, curator Venetia Porter wrote: ‘Kourbaj is an artist inspired by what transpires around him in the course of daily life, yet he also embraces the non-representational. Lack of confinement by the limits of the paper, canvas and medium allows him absolute creative freedom. He also draws on the expressive and candid reactions observed in children’s art; this could also account for the element of nostalgia that is recognisable in Kourbaj’s work’.

Earlier this year I worked on my Excavating the Present installation, which is a tribute to Syrian mothers. This work is a palimpsest of two different types of camera-less photograms. My raw materials (or found objects) were an assemblage of X-rays produced by invisible electromagnetic radiation, on Mylar plastic coated with light sensitive emulsion. I worked with those to produce a second kind of photogram – produced by visible light on light-sensitive black-and-white paper in a darkroom, and that’s how the work took shape using layers, and archaeology as a baseline.

Frances Carey (formerly Deputy Keeper of Prints and Drawings and Head of National Programmes at the British Museum) described the above installation as follows: “That Kourbaj should favour archaeological metaphor is not surprising for one whose personal history has involved so many layers, translations and re-imaginings. Palimpsest as a metaphor for the ‘excavation’ of memory has a distinguished lineage through Thomas De Quincey and Baudelaire. A true palimpsest is created through erasure then re-inscription, often leaving the ghost of the original image or text behind. This is what the X-ray technique can so powerfully evoke, revealing the shadows of existence and intimations of a deeper meaning or fear”.

As a Syrian artist, I am observing from a very painful distance the evisceration of my homeland, its people, its society, its cities and villages, its past and present, its history and its memory. With every hourly news bulletin I am reminded of the inhuman conditions and atrocities, which courageous women, children and men, are enduring and of the lies and distortions and deletions which mean that many of these atrocities might be forever forgotten, buried like many of the dead, never to be heard of again or remembered. I fear for the future of my people and my country and whether having lost so much they can ever find themselves again, whole and unbroken.